Before Independence:
The history of Bangladesh is related to that of the larger area of Bengal, which became independent of Delhi by 1341. After a succession of Muslim rulers, it was conquered by Akbar, the great Mughal emperor in 1576. By the beginning of the 18th cent., the governor of the province was virtually independent, but he lost control to the British East India Company, which after 1775 was the effective ruler of the vast area, which also included the Indian states of West Bengal, Orissa, Jharkhand, and Bihar.Bengal was divided by the British in 1905 into West Bengal and East Bengal, with East Bengal being more or less coterminous with modern Bangladesh. Since the new province had a majority Muslim population, the partition was welcomed by Muslims, but it was fiercely resented by Indian nationalist leaders who saw it as an attempt to drive a wedge between Muslims and Hindus. The partition was withdrawn in 1911, but it had pointed the way to the events of 1947, when British India was partitioned into the states of India and Pakistan.

Pakistan consisted of two “wings,” one to the west of India, and the other to the east. The eastern section was constituted from the eastern portion of Bengal and the former Sylhet district of Assam and was known until 1955 as East Bengal and then as East Pakistan. Pakistan's two provinces, which differed considerably in natural setting, economy, and historical background, were separated from each other by more than 1,000 mi (1,610 km) of India. The East Pakistanis, who comprised 56% of the total population of Pakistan, were discontented under a government centered in West Pakistan; the disparity in government investments and development funds given to each province also added to the resentment. Efforts over the years to secure increased economic benefits and political reforms proved unsuccessful, and serious riots broke out in 1968 and 1969.

Independence to the Present: The movement for greater autonomy gained momentum when, in the Dec., 1970, general elections, the Awami League under the leadership of Sheikh Mujibur Rahman (generally known as Sheikh Mujib) won practically all of East Pakistan's seats and thus achieved a majority in the Pakistan National Assembly. President Muhammad Agha Yahya Khan, hoping to avert a political confrontation between East and West Pakistan, twice postponed the opening session of the national assembly.
The government's attempts to forestall the autonomy bid led to general strikes and nonpayment of taxes in East Pakistan and finally to civil war on Mar. 25, 1971. On the following day the Awami League's leaders proclaimed the independence of Bangladesh. During the months of conflict an estimated one million Bengalis were killed in East Pakistan and another 10 million fled into exile in India. Fighting raged in Dhaka, Chittagong, Comilla, Sylhet, Jessore, Barisal, Rangpur, and Khulna. Finally India allied itself with Bangladesh, which it had recognized on Dec. 6, and during a two-week war (Dec. 3–16) defeated the Pakistani forces in the east. Sheikh Mujib, who had been chosen president while in prison in West Pakistan, was released, and in Jan., 1972, he set up a government and assumed the premiership; Abu Sayeed Choudhury became president.

Rejecting Pakistan's call for a reunited country, Sheikh Mujib began to rehabilitate an economy devastated by the war. Relations with Pakistan were hostile; Pakistan withheld recognition from Bangladesh, and Bangladesh and India refused to repatriate more than 90,000 Pakistani prisoners of war who had surrendered at the end of the conflict. Armed Bengali “freedom fighters” fought Bihari civilians in Bangladesh, particularly after Indian troops withdrew from Bangladesh in Mar., 1972.

Tensions were eased in July, 1972, when President Zulfikar Ali Bhutto of Pakistan (who assumed power after the fall of the Yahya Khan government) and Prime Minister Indira Gandhi of India agreed to peacefully settle the differences between their countries. Pakistan officially recognized Bangladesh in Feb., 1974. Subsequently, India and Pakistan reached consensus on the release of Pakistani prisoners of war and the exchange of hostage populations.

Bangladesh was gradually recognized by most of the world's nations. It joined the Commonwealth of Nations in 1972 and was admitted to the United Nations in 1974. In 1972 the country's major industries, banks, and shipping and insurance firms were nationalized. Despite Mujib's popularity as the founder of independent Bangladesh, high rates of inflation and a severe famine resulted in a governmental crisis. In 1975, after becoming president under a new constitutional system, he was assassinated in a military coup; after two additional coups later in the year, Maj. Gen. Zia ur-Rahman emerged as ruler, beginning a period of military control that lasted into the 1990s.

In 1981, Zia was himself assassinated in a failed coup attempt; his successor was replaced (1982) in a bloodless coup by Lt. Gen. Hussain Mohammad Ershad, who assumed the presidency. In an effort to gain legitimacy, Ershad later resigned his military office and won a disputed presidential election. He was forced to resign in Dec., 1990, amid charges of corruption, for which he was later jailed (2000).

Elections held in Feb., 1991, brought the Bangladesh Nationalist party (BNP) to power, and Khaleda Zia, the widow of Zia ur-Rahman, became prime minister. In 1994, nearly all opposition members of parliament denounced Zia's government as corrupt and resigned their seats. After a series of general strikes called by the opposition, parliament was dissolved in Nov., 1995; major opposition parties also boycotted the ensuing Feb., 1996, elections. Zia was returned to power, but the opposition mounted protests; she resigned and an interim government headed by Habibur Rahman was installed.

New elections held in June, 1996, resulted in a victory for the opposition Awami League, led by Hasina Wazed, daughter of Bangladesh's first prime minister. As she struggled with the country's ongoing economic problems, a series of opposition-led strikes, beginning in 1998, once again paralyzed the country. In July, 2001, a caretaker government headed by Latifur Rahman was appointed in advance of parliamentary elections in October. Zia and the BNP won a landslide victory in the voting, and she again became prime minister. In 2003 the Awami League began a series of rallies and occasional strikes to mobilize opposition to the government. Deadly attacks on rallies in Aug., 2004, and Jan., 2005, provoked a series of nationwide and local strikes and protests by the League, which accused the government of trying to assassinate Hasina Wazed. 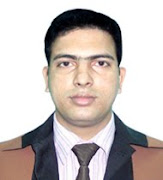 Everest Tours
Bangladesh's one of the real professional tour operator. We just start at 2005 with over five years combined experience in the travel and tourism industry to promote the nature, people, culture and heritage of Bangladesh more presentably. Our tours are designed with deep commitment to natural environment, benefiting local community and culture preservation. We are working in full cooperation with all the hotels, resorts and foreign and local operators respectively. Our services are complete and include Destination Management, Hotel and Villa Rentals, Vacation Packages, Honeymoon and Conference Planning, Cruise, Sightseeing Tours, Cultural / Heritage Tours, Fun Day Excursions, Bus and Car Rentals and much more.... We are dedicated and professional to work hard to ensure you a quality experience, whenever you travel with us. We help you realize your dreams, whether planning an incredible Vacation, spectacular Honeymoon Getaway Conference and much more.